I was the co-founder of Cambio, one of the first teen-centric digital video networks. As a co-founder, I developed the digital product, managed product design, strategy, roadmap, and prioritization for all product releases. Led an Agile team of 50+ designers, developers, and video content creators. I managed the development of written and video content for web and social distribution from concept to completion.

Launched in 2010 and acquired by AOL in 2012, Cambio.com was the #2 Comscore ranked entertainment platform ranking above CelebBuzz, OMG! & ET, US Weekly, and Pop Crush. Cambio.com was also the #1 video-based/socially driven millennial entertainment platform across all of AOL’s properties delivering over 50m PV’s per month, serving 20m in paid media with 300% UV growth YOY.

Cambio.com was a 2014 Webby Award Honoree in the Celebrity Fan category. 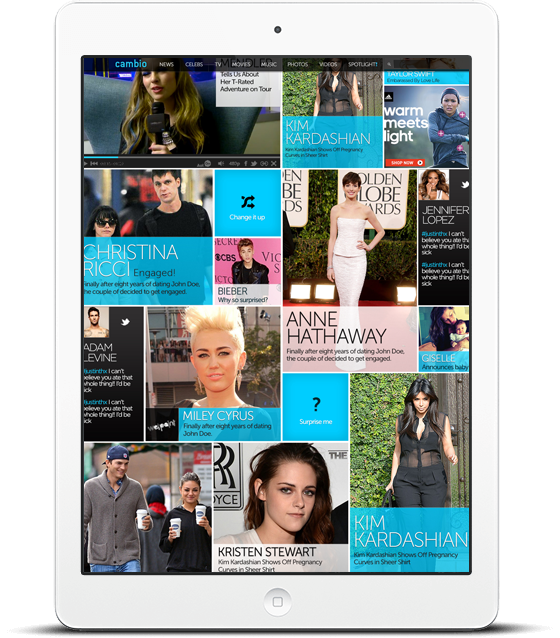